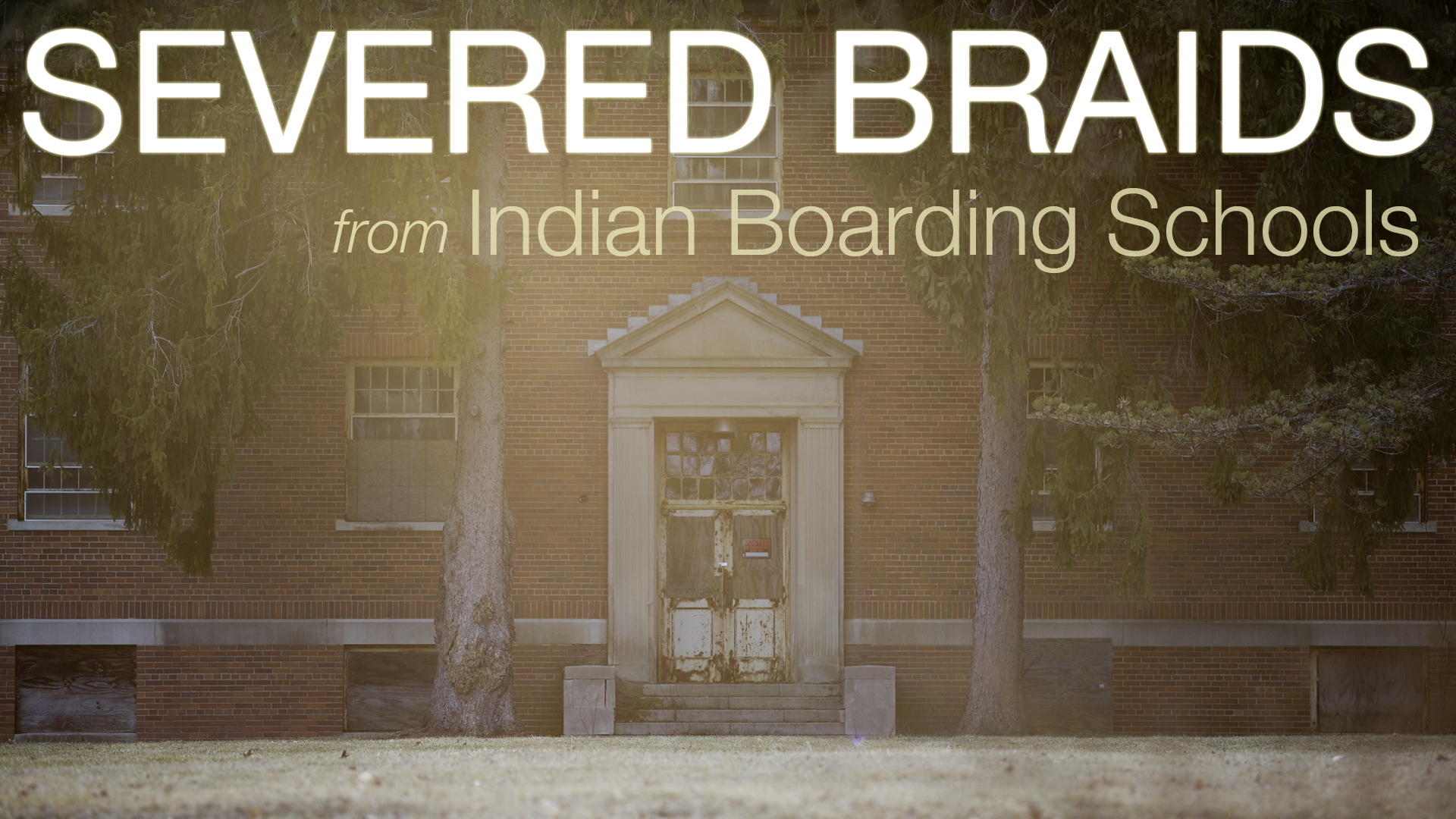 By Sean Bradley and Logan Patmon

The first Indian Industrial Boarding School in the United States, located in Pennsylvania, was founded in 1879 by Army officer Richard Pratt, after conducting an experiment.

Pratt's experiment forced Apache Indian Prisoners of War from their homes, having their long hair cut short while forced to learn the English language and being bound to military rules.

While most of the men survived, many did not.

Due to the overwhelmingly traumatic experiences, many committed suicide.

154 of those children died.

While many boarding schools had government support and funding, many others were funded and supported by churches.

The Holy Childhood School of Jesus, founded in 1829 in Harbor Springs, Michigan, was one such school.

Attending like many of his peers, 91-year-old Frank Kequom, from Manistee, remembers going to school for a short time as a child.

“I was about five or six years old,” Frank said.

He said he and the other children would have to attend church services every weekend.

He is a practicing Catholic.

Although a religious upbringing was a part of the school, he said he didn't learn many skills or get a traditional education.

“I don't remember reading or anything like that,” he said.

The school's teachers would march the students through town on the weekends, holding American flags, he said.

“They would make a big deal of that,” he said. “So, that was quite unusual. So, I learned what the school was all about.”

Frank's father, after picking up his children in the spring, did not want them to go back to the school.

“My dad never wanted us to come back to the Indian school,” he said. “My dad was too unsatisfied with the operations there.”

The mother and sister of his wife Phyllis attended the Mount Pleasant Industrial Boarding School.

“I think she (Geneva) only went one year, then she ran away,” Phyllis said. “Then they took her back. Shortly after that, the school closed down.”

Phyllis said Geneva did not like the school, which closed in 1934.

“They're pretty strict with them,” she said.

Frank recalls hearing stories of children who would run away from the Harbor Springs school, sometimes at the cost of their own lives.

“I heard about two young boys in Harbor Springs that, during the winter time, they froze up by the shoreline in Harbor Springs,” he said. “They were found dead the next day, trying to get away from the school.”

Schools like the Mount Pleasant Industrial Boarding School and the Holy Childhood School of Jesus had government officers pick up children against their will to attend the school.

“This was when government stepped in,” Frank said. “They would pick up kids. Their parents could hardly do anything. They were just crying.”

The culture of the Native American people forced to attend the boarding schools has been changed, often totally unrecognizable to the younger generation of Native Americans.

Frank, who grew up off of reservation land, said when he would talk to younger Native Americans in his language, they often could not understand him, only knowing the English language.

“When I would come to town, I would speak a bit of Indian to the young people and they would say 'No, I don't speak Indian,'” he said. “It was surprising.”

Carrie Harron, a member of the Saginaw Chippewa Native American Tribe, heard stories from her grandparents about the boarding schools.

“They took from it to get an education and to watch out for things,” Harron said. “I think that has effected a lot of tribal people.”

She said the boarding schools in Mount Pleasant and other areas effected attitudes toward higher education and social and cultural identity for Native Americans.

“They're kind of lost and don't have their cultural identity,” she said. “A lot of natives here in Mount Pleasant don't know their culture.”